Although organised online and offline competitions have long been a part of video game culture, participation and the watching of such events has become most popular in the last decade with many professional players and teams. Many video game developers now build features into their games so they can be played at competition level.

In the last few years, the most successful titles featured in professional competition are the MOBA games DotA 2 and League of Legends, and the first person shooter game Counter-Strike: Global Offensive. Other games with significant earnings include Call of Duty, Heroes of the Storm, Hearthstone and Overwatch.

The increasing availability of online streaming media platforms has led to the growth and promotion of eSports competitions. Viewers are predominantly male (85 percent) with the majority aged between 18 and 34. South Korea has the longest eSports history with established eSports organisations dating from year 2000. Recognition of eSports competitions outside South Korea has been slower, with most competitions taking place in Europe, North America and China. eSports in Japan is relatively underdeveloped, possibly due to its broad anti-gambling laws.

In 2016 the industry produced an estimated USD493 million in revenue, a growth of 25 percent from 2015. That number is projected to surpass USD1 billion by 2019.

Classification as a sport

Labelling the playing of video games as a sport has been controversial, one side says eSports are not a true sport, others argue that the careful planning, precise timing and skilful execution required for eSports ought to be what classifies an activity as sport, since physical exertion and outdoor playing areas are not required in every other sport.

Similarities and differences with sport

eSports teams invest time to focus on strategic game-play. In traditional sports, strategy separates the elite from the good individual or team sports player. Professional eSports players spend on average fourteen hours a day in front of their computer, yet body fitness is seen as crucial in maintaining mental fitness.

Gamer tournaments in the mid-1990s coincided with the popularity of fighting games and first-person shooters, genres which still maintain a devoted fan base. In the 2000s, real-time strategy games became the most popular. After 2010 multi-player online battle arena games became popular as eSports. Competitions exist for many titles and genres, though currently the most popular games are League of Legends, DotA 2, Smite, Rocket League, Hearthstone and more. 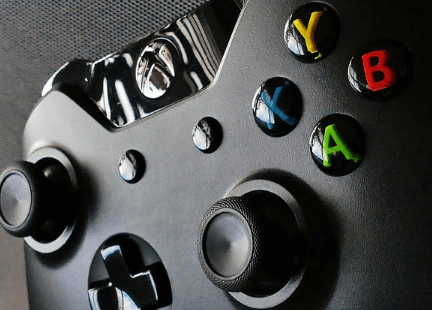 Many successful eSports games have been designed to be played professionally from the start. Some video game designs add dedicated eSports features to support high level competition.

Many game developers have added dedicated features for spectators, to simply watch the game unfold or giving delayed access to information even the players may not have. In 2016, the release of virtual reality headsets led to some games being updated to include virtual reality spectator support.

Many games take place online. High quality connections allow players to set up real-time connections across the world, though this increases the difficulty detecting cheating, such as unauthorized hardware, compared to physical events.

As eSports has developed, it has become common for players to use automated matchmaking clients built into the games. After competitors have contacted each other, the game is often managed by a game server, either remotely to each of the competitors, or running on one of the competitor's machines. Competitions are often conducted over a local area network where competitors must also be physically present, creating a more social atmosphere and helping prevent cheating. 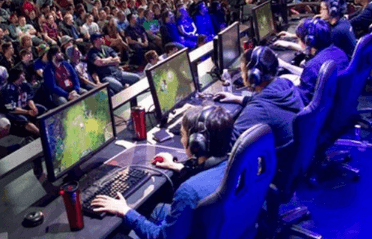 eSports tournaments are almost always physical events in which occur in front of a live audience. The tournament may be part of a larger gathering, such as Dreamhack, or the competition may be the entirety of the event, like the World Cyber Games. The most common formats in competitions are single or double elimination.